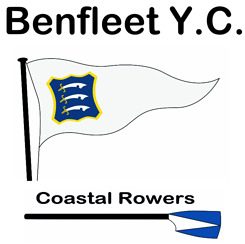 'Benfleet Yacht Club Coastal Rowers' are an active section of rowing enthusiasts. The club own a number and variety of fixed and sliding seat coastal rowing craft, which are available for all members to use. Many of our rowing members compete in major events in other parts of the UK and on the near continent.

Benfleet Yacht Club also organise the annual "Round Canvey Race", a Rowing, Row Sail or Paddle event: a 14 1/2 mile circuit round the entire coast of Canvey Island. The current fastest time is "1 hour and 44 minutes".

Click here for further details of the "Round Canvey Race" 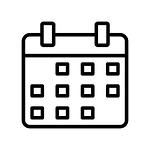 The above link connects to the BYC central events calendar, but has been filtered to Rowing Events only.

We have an eclectic mix of fixed seat and sliding seat coastal rowing craft for use by all Benfleet Yacht Club members:

The facilities here at BYC, along with its location, are enabling the new BYCCR's to be the foremost British Rowing affiliated coastal sliding seat & gig rowing club around the Essex coast. Depending in which direction we row we can either be in calm creeks or in open seas.

We have both fixed seat and sliding seat boats, and row all year round. We encourage people of all fitness levels and ability to have a go. We have crews for most people.

The 2 fixed seat boats are a 4-man gig, Rozinante and 2-man skiff, Silverback and they are great for introducing newcomers to the sport. Both have coxes.

Sliding seat boats usually tend to be thought of as the Oxford & Cambridge Boat Race type. These 'fine boats' are not really suitable for our choppy waters, so we have coastal versions that are more solidly built and have more freeboard. We also have a FISA international standard coastal racing single. This is designed specifically for rough coastal water and being self-draining can take most of what the weather can throw at her - as we can vouch for! Our three Mondegos were originally designed as sliding seat training boats but being relatively stable craft with good freeboard, they are ideal for rowing on our water. Again, great for beginners. For the rowers with more competency we have technical singles to put you through your paces and a coastal four.

Since 2011 Benfleet Yacht Club has organised the 'Round Canvey Race' in July a rowing/sailing/paddling race of 14 ½ miles. We have had kayaks, surf skis, Canadian canoes, outrigger canoes, rowing boats of all types and various sailing dinghies. It proved to be such a success it has now been turned into an annual event. Each year the race attracts crews from all over the country and grows year on year.

You will find us most weekends rowing around Benfleet Creek or out towards Southend Pier. We also regularly venture further afield to race against other clubs. This is usually up the East Coast or The Great River Race, known as the Thames marathon, from Greenwich to Richmond. We also go on recreational tours. We have rowed 200km over a week along the Canal du Midi in France, and closer to home a few days on the Norfolk Broads.

If you would like to know more about rowing at Benfleet Yacht Club, or to give rowing a try, please contact our Rowing Captain, Penny Lowen, at pennyjlowen@gmail.com.

Whether you be 14 or 84, new to a sport or coming back to it, you are more than welcome to come and visit us.

Scroll down to the 'Download' area at the bottom of this page to view the following rowing related documentation: 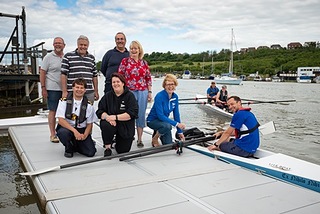