Each year, over the late May Spring Bank Holiday weekend, members of Benfleet Yacht cruise to the port of Calais to participate in the Narrow Seas Club Calais Rally. Yachts from many other clubs in the south east of England attend this rally, creating a good and lively atmosphere in the harbour and club house. On the Saturday, Benfleet Yacht Club host the Commodores Pontoon Party: with drinks and buffet food provided, of course by the Commodore. Then on the Sunday, two separate presentations are made to the visiting yachtsmen. Firstly the Narrow Seas Club presentation held at the memorial adjacent to the small fishing boat harbour. Secondly, at 12:00 CET, the Little Ships Club presentation held in the Marina Clubhouse building, which is attended by the Mayor of Calais accompanied by other dignitaries.

BYC had a total of 10 boats arriving in Calais for the rally. Well done to all of those who made the journey. In particular to the five boats under 30 feet long: some being their first time crossing the English Channel.

BYC won the overall Calais Town trophy for the club with the highest number of boats attending. However, we lost the Narrow Seas Pennant (which we have retained for around the past 15 years) to Upnor Sailing Sailing Club (due to different criteria used in the counting). It was a sad day for me to hand this trophy over to Upnor SC, but I congratulated them for their achievement. They are a much smaller club than BYC, so a good result for them to achieve this. We have got to do better next year.

Another great result for BYC was with Dave Norman, with Frank Martin as crew, (Talavera) taking the trophy for the smallest boat, based on water line length, with the greatest distance sailed. 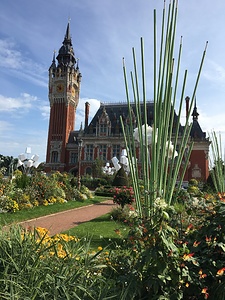 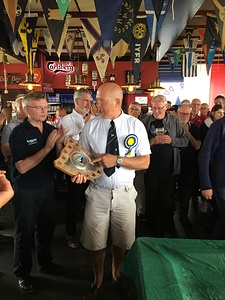 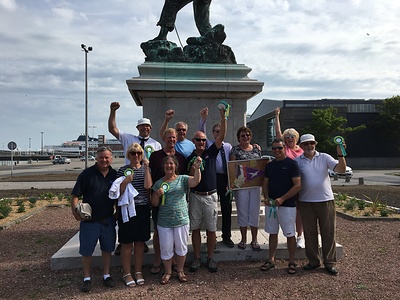